Glasurit at the Techno-Classica Essen

This year's Techno-Classica took place from April 5 to 9 in Essen, featuring the theme "The whole classic world under one roof". Glasurit, BASF's premium paint brand, made its sixth straight appearance at the world's biggest classic car show. At the Glasurit booth, classic car fans and paint professionals learned about refinishing techniques and products for restoring and repairing automotive collector's items.

Once again, Glasurit impressively demonstrated its unique expertise with respect to paintwork analysis and its knowledge about historic colors and paint technologies. The paint manufacturer presented a particular eye-catcher at its booth: a 1924 Delahaye 87. The vintage car was brought from the Cité de l'Automobile, the world's largest car museum in Alsace, France, to undergo an analysis in Münster. The team there analyzed the surface, structure and chemical composition of the individual paint layers. After comparing the paintwork to the reference samples, they took advantage of the opportunity at the Techno-Classica to divulge the findings that the car was definitely an original and not a fake.

The fact that Glasurit was permitted to exhibit the Delahaye was special itself and came about only thanks to Glasurit's excellent connections to the Cité de l'Automobile. Glasurit was the first exhibitor ever to be allowed to display a vehicle from the French national museum's collection. The museum's head curator, Richard Keller, supported the Glasurit team during the entire car show and answered the visitors' questions about the Delahaye and about collaboration with the museum.

In addition to exhibiting the Delahaye, Glasurit presented its Color Online database, which restorers, classic car owners and others can use to find the right color for their vintage beauties. "If you want the paintwork restoration to be historically correct, the color sample is a particularly important element for getting the right mixing formula for the original color," explained Eva Schillinger from the color laboratory, who was on site at the Glasurit booth. For vehicles whose original color is no longer recognizable, Glasurit's Color Online database is especially helpful, since it offers over 250,000 colors and over 600,000 mixing formulas. "Many of the visitors to our booth wanted to know what's possible when it comes to paint and how we go about our work. After all, a classic car is an object with very strong emotional attachments," Schillinger said.

Classic Car Colors service: From the color archive to the network of experts

Many booth visitors also learned about the Classic Car Colors service that Glasurit offers to support classic car owners. For non-professionals, the online service is the gateway to the world's biggest color archive maintained by Glasurit, to useful tips and information about all aspects of paint and to a network of specialized bodyshops. This network also makes Classic Car Colors especially interesting for professionals who wish to win new customers based on their special know-how related to classic car restoration. As a result, bodyshop owners also stopped at the Glasurit booth to learn about requirements for becoming certified as a specialized bodyshop in order to become part of the network. Over 140 bodyshops in five countries have already met the requirements and are officially listed in the database as partner bodyshops.

Another high-profile visitor at the Glasurit booth was Cité de l’Automobile curator Keller. He helped lead a VIP trip sponsored by Glasurit that covered various facets of the Techno-Classica and actively supported the Glasurit team. Of the invitations Glasurit sent out for the trip, 115 Glasurit customers from 8 countries accepted. They spent three days learning about the Classic Car Colors bodyshop network, special refinish processes and Glasurit's specific historic paint expertise and sharing their experience.

The participants, long-established Glasurit customers and owners of Classic Car Colors partner bodyshops, gathered at BASF in Münster. At the site, they toured the production plants for Glasurit refinish products as well as the state-of-the-art Refinish Competence Center. After attending talks and workshops, the big group drove to nearby Dülmen, where the day closed with a social event at the showrooms of ERKO CLASSICS. The highlight of the three-day event was the visit to day 1 of the Techno-Classica for the official opening. As the VIPs explored the car show halls, they visited the booths of Glasurit's partners FIVA, OCC, ADAC Klassik, Oldtimer-Markt, Classic Data, Fiat Dino and Heinkel-Club. It goes without saying that the group visited booth 115 in Hall 2, where they received a warm welcome from the Glasurit team.

This year's Techno-Classica was attended by over 185,000 visitors and more than 1,250 exhibitors, including the most important carmakers such as Volkswagen, BMW, Mercedes and Jaguar Land Rover. The Techno-Classica displayed 2,500 collector's vehicles. In addition, it presented two special exhibits focusing on "Electromobility and "Grand Prix Monaco", in which exclusive race cars from the 1950s were showcased. 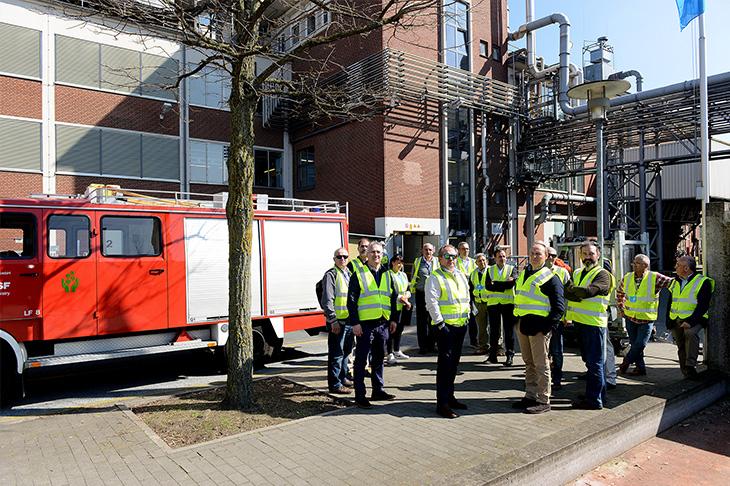 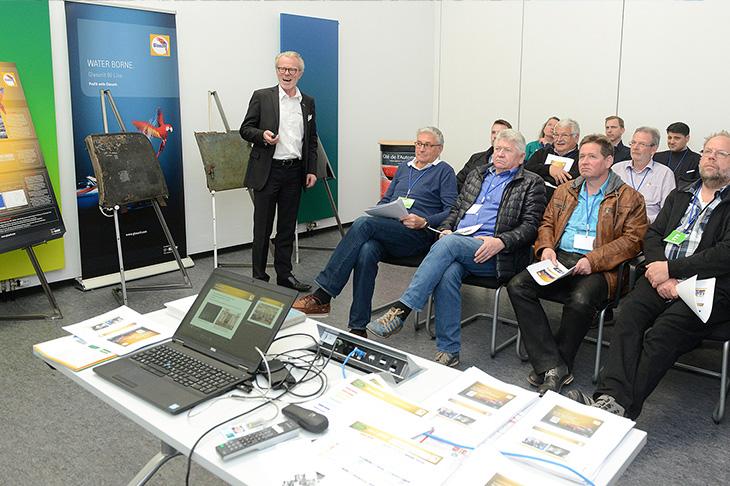 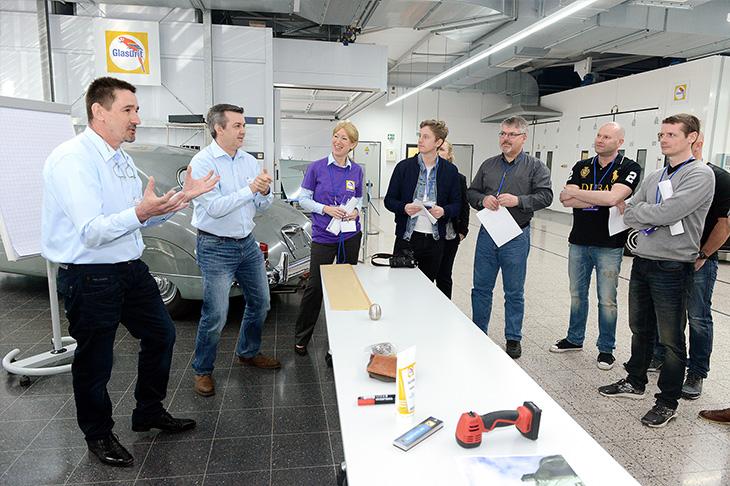 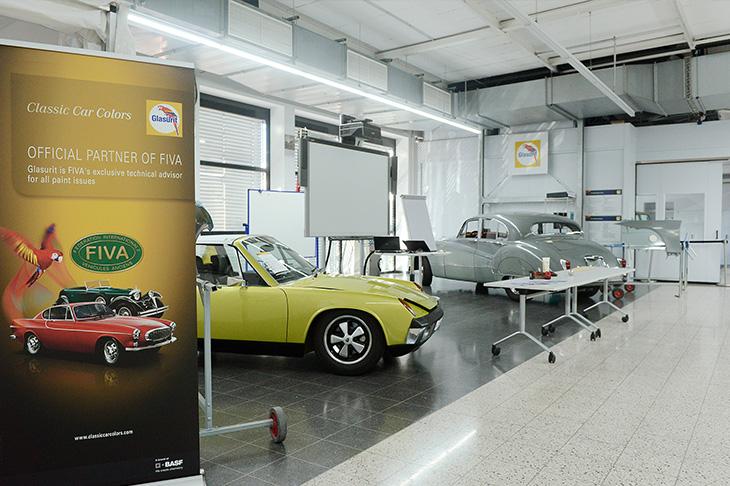 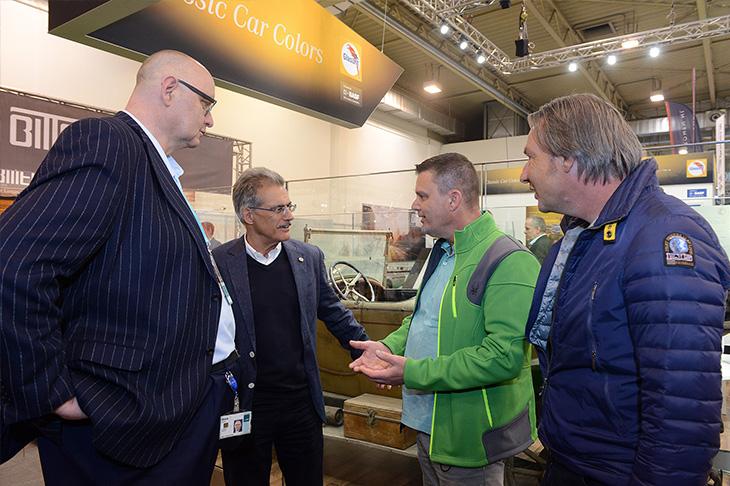 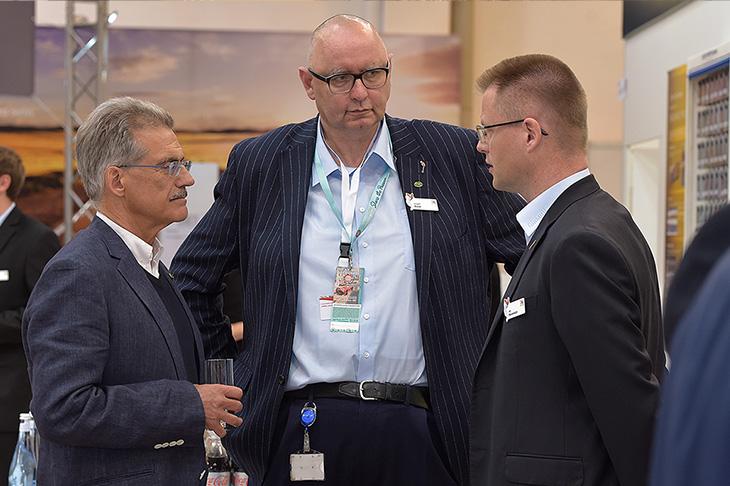 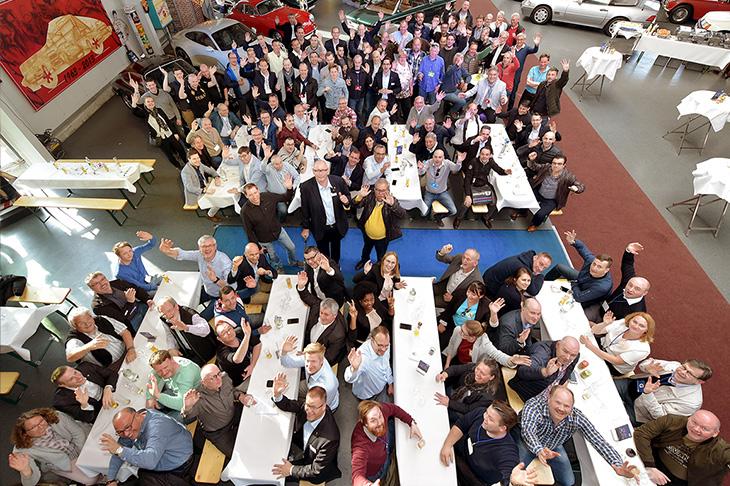