Glasurit was an important partner in the reconstruction of the Scarabée d’Or (Golden Scarab). As the first motorized vehicle to cross the Sahara Dessert (3200km) the Scarabée is an iconic car. Thanks to its close relationship with PSA and many years of experience with coating historic vehicles in France, Glasurit was asked to participate in the Scarabée d’Or project. An original B2-type vehicle was partially disassembled, analyzed and digitized using cutting-edge methods, before being precisely reconstructed.

Since the Scarabée is more like a truck than a passenger car, it was decided to use a commercial vehicle paint system. The substrate was mainly made of steel, and some parts of aluminum. The first coat of this two-layer paint system was the polyurethane-based steel primer paste 568-46 tinted with HS 2K CV Topcoat Line 68.

Reconstruction of the color “Blanc Sahara”

Glasurit developed the authentic color “Blanc Sahara” based on color traces found on hidden parts below the water tank of the other preserved car Croissant d’Argent. Both cars had the same color. The original paint from 1922 was oil-based and contained lin seed oil and copal resin. This technology is known for its strong tendency to yellowing (left image). In the end, a white color with a tinge of green was most convincing (right image). The color was prepared with Glasurit HS 2K CV Topcoat Line 68.

The logo of the Scarabée d’Or was reproduced based on the original car kept at the Citroën Conservatoire in Paris. The colors of the logo were matched precisely using a spectrophotometer and the Glasurit COLOR PROFI SYSTEM. The second step took place at the French Glasurit RCC in Montataire with students of the Ecole dArt Mural de Versailles. The brown background color has been sprayed, and the speckled effect of the logo was achieved with a wet sponge used directly after applying the brown base color. Finally, the new logo was painted on the new Scarabée d’Or at the Citroën Conservatoire by artist Jim Serfass: 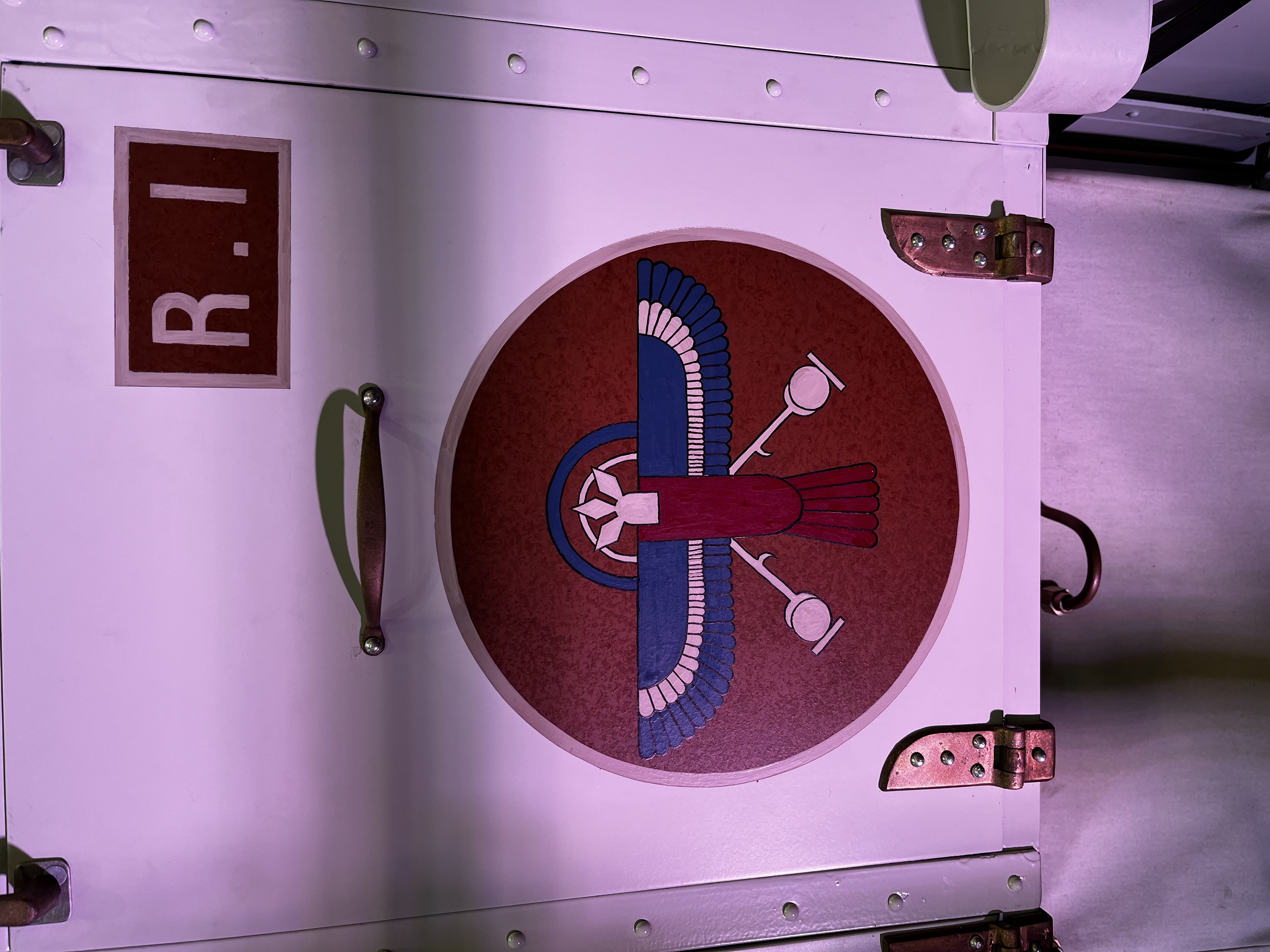 The rebuilding of the Scarabée d'Or in figures

Glasurit Classic Car Colors presented the authentically reconstructed Citroën B2 10HP Model K1, also known as the Scarabée d’Or in Germany at the Techno-Classica show in Essen from March 25 to 29. 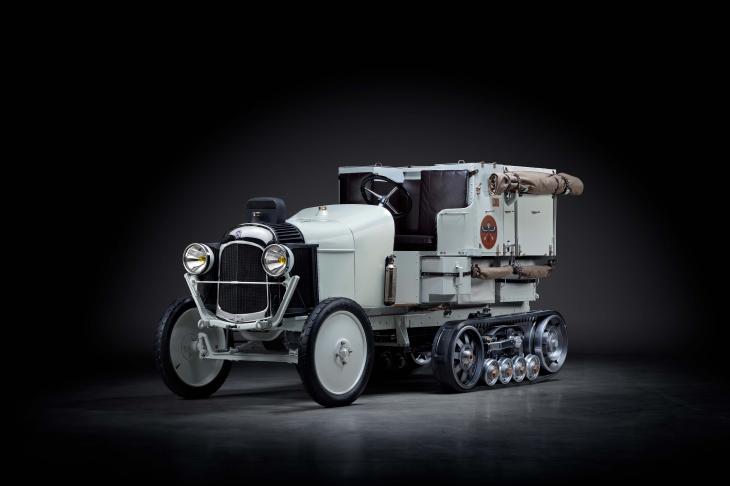 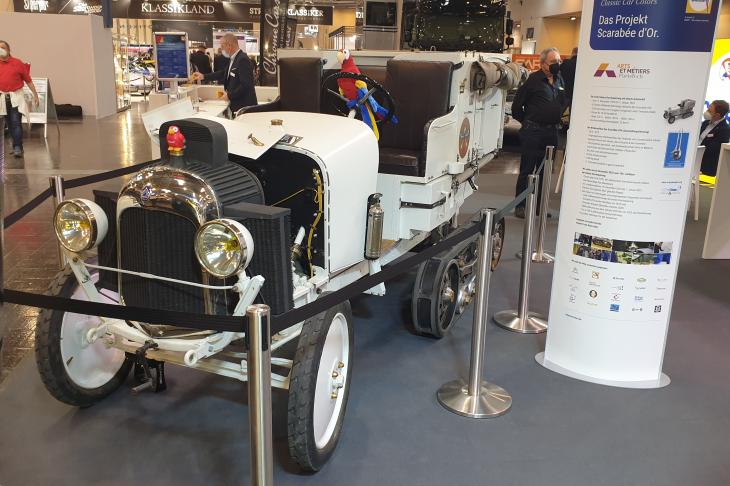 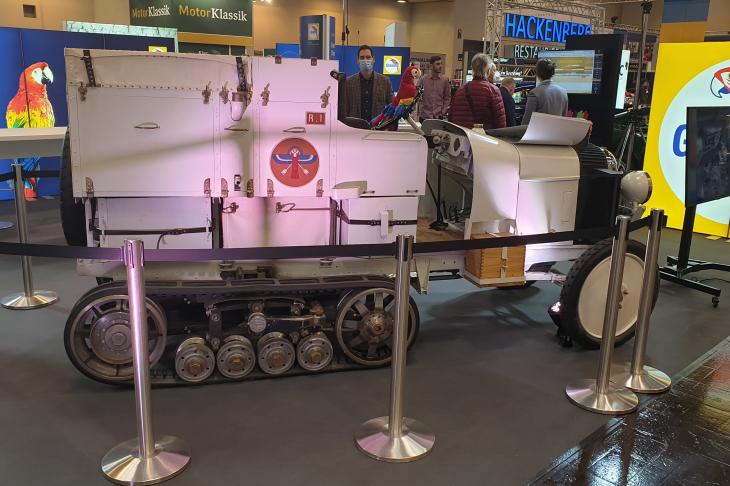